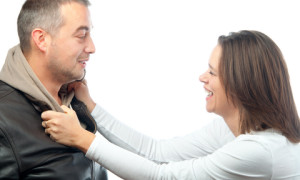 If you are in a marriage that is struggling because one or both spouses are addicts, do not give up. Here are some encouraging stories from people who came out on top of addiction in marriage.

“I discovered my husband’s pornography problem after three years of marriage. I was devastated. We were a Christian household and we had a newborn baby. I told him I was considering leaving him and fortunately, he loved me enough and took our marriage seriously enough to change. He started going to counseling and learning how to manage his addiction, as well as educating himself on what his addiction was doing to me. Now, two years later, our marriage is stronger than ever and free of pornography!” -Mary Cassise, Connecticut

“I had been an alcoholic since I was 18. Both of my parents were alcoholics and I was simply doing what I had seen them do. To be honest, I thought it was kind of normal. When I married my husband, he knew that I drank a lot, but he didn’t know everything about my alcoholism. For the first time, I could see that my drinking was hurting someone I cared about. I tried to quit on my own for a couple years and failed every time. I almost lost my husband, who was tired of how dysfunctional I was. So I went through rehabilitation and got the counseling I needed to succeed at sobriety. I am so thankful for the support system I found in rehab and in support groups. They saved my life and saved my marriage.” -Heather Graham, Arizona

“I got hooked on gambling when my business first started making real money and I had some to play with. I’ve always been a card player, but never had any real money to put down. Once I did, it became compulsive, and even when I got married, I would gamble with money that should have gone into savings or to treating my wife, but I was selfish with it instead. It got so bad that I was losing money hand over fist, but I still couldn’t stop, even when bills were piling up. When my wife separated from me, that was my reality check. I loved my wife too much to lose her to my gambling habit.” Robert Diaz, Washington 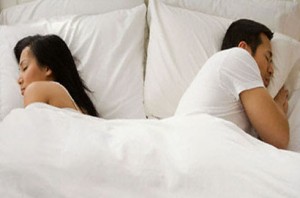 Few things can damage a marriage the way addiction can. Addiction destroys respect, honesty, expectations, commitment and love in a marriage. No one goes into a marriage expecting to have to deal with addiction unless they do not fully understand addiction. Those who understand how difficult it really is would advise to postpone the wedding until the addiction problem is sorted out. The best remedy for addiction within marriage is not to get married in the first place, and instead attend relationship counseling. But whether or not you have already taken the vows, addiction warrants counseling and treatment. To save your marriage, begin to investigate your mental health care options right away.
The first priority is to help the addict, or addicts in the case of both spouses being addicted, get rid of their addiction. After all, it is the toxin that is poisoning the marriage.

However, the addiction itself has many complex underlying causes that require careful cognitive behavioral evaluation in order to discover and eliminate. The services of an addiction treatment facility, or rehabilitation center, come highly recommended for this purpose. They have the highest success rate of any form of addiction treatment. This process will safely and efficiently eliminate the need for the addiction to exist.