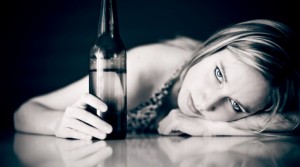 Addiction, in many ways, can be considered the opposite of marriage. It is not a coincidence that addiction destroys marriages at the same rate as infidelity, dishonesty and abusiveness. Where as marriage calls for all the best, most selfless qualities within a person, addiction is an entirely selfish act, serving no one but the addict. Marriage and addiction cannot survive together within a relationship. Eventually, one or the other will have to give. The best relationship advice for a married couple that is harboring addiction in at least one of the spouses is to receive addiction treatment and counseling immediately before irreparable damage is done to the marriage.

Addiction is obviously entirely self-serving. There is no way to claim otherwise. When a person is aware that they are addicted, yet refuses to do anything about it for the sake of their spouse, they are acting in a way that protects their interests alone. They are not considering how their spouse feels or how they are hurting their marriage. Addiction is a complicated thing to treat and eradicate, but when a married person refuses to even try, they are sending a painfully hopeless message to their spouse.

Addiction in marriage consistently creates an unhealthy and dysfunctional environment. Addicts often mistakenly tell themselves that their addiction only affects them. Nothing could be farther from the truth. A spouse who can count on their partner not to be lost in addiction and be available to them is going to be much happier than a spouse who constantly feels less important than an addiction. Addicts typically neglect their relationships, their responsibilities and the things that used to inspire them, leaving their spouse feeling alone and discarded.

The cruelest part of being married to an addict is feeling like less of a priority than an addiction. Often times, the addiction is to alcohol or drugs. When a spouse sees their marital partner rearrange their lives in order achieve their addiction high, but barely lift a finger to contribute to the marriage, it wears them down over time to the point that they no longer feel anything toward their spouse.