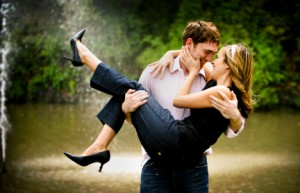 The bond of marriage can mean many things to many different people, but there are certain facets of marriage that are immovable. No matter how you define marriage personally, the devotion that two people owe one another when they take marriage vows always somehow looks the same.
First of all, putting your spouse before everything else is very important to the marriage. Protecting them and caring about how they feel should come first at all times. If something else replaces them in importance, such as a job, an affair, an addiction or any other distraction, the marriage’s health will be in jeopardy.
Another absolute essential to marriage is honesty. A marriage can never survive lies between spouses. Trust can take a lifetime to earn and a moment to break, so transparency and truthfulness should never feel optional in a marriage. Lying to hide infidelity, addiction, financial issues or any other wrong-doing is a crime against marriage.
Giving your spouse faithfulness and loyalty should come without saying, and is an obvious element of being honest with them. One of the most important things a spouse wants from their partner is knowing that they are supported and that their spouse has their back. Feeling alone in a marriage is far lonelier than actually being alone. Being a support system is naturally expected of a spouse.
Married couples look to one another for love and affection. This is usually what leads people to enter into marriage. People have an inherent desire for love, romance, affection and sex, and when they take a marriage partner, they are proclaiming that they have found the person they want to receive those things from for the rest of their life. The affectionate side of marriage is marriage’s greatest reward.
And lastly, marriage comes with an expectation to stick together through hard times. Even when two married people are not seeing eye to eye, they expect one another to work through it and come to a compromise rather than running away.